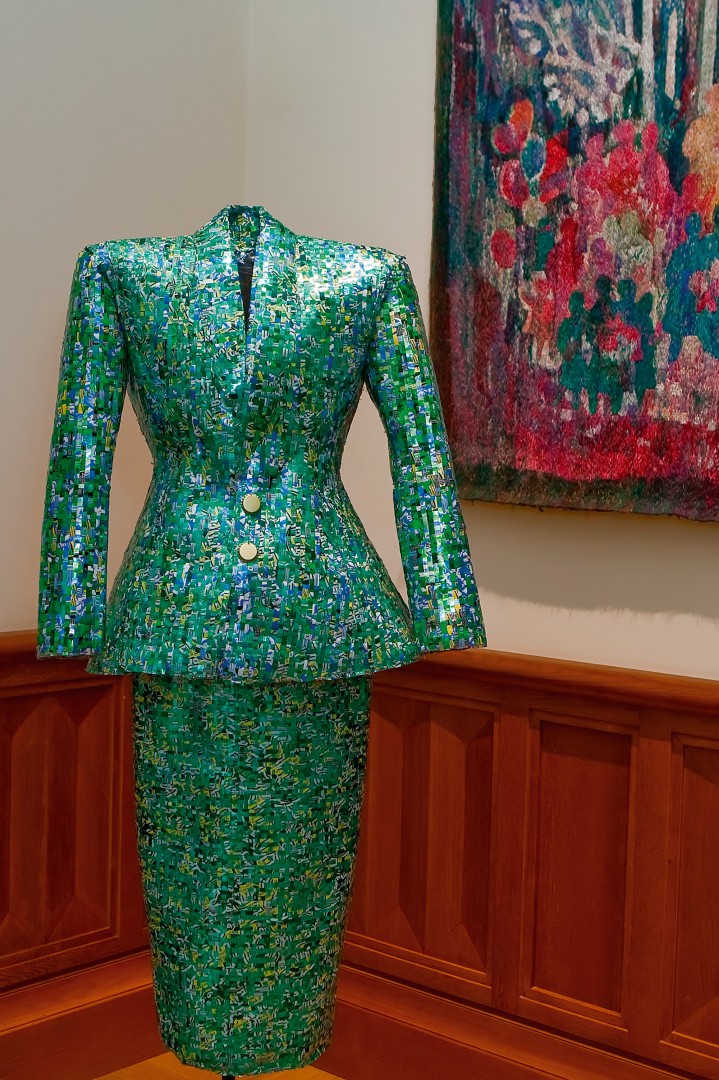 Reuters – Beer cans, opera, art: Guess how they come together

(Reuters Life!) – Beer and opera don’t usually go together unless of course you add a costume designer inspired by diva Maria Callas.

New York-based Greek costume art designer Nikos Floros sliced 20,000 soda and beer cans into strips and used them to create shoes and costumes inspired by the famous operas in which the late singer starred for an art exhibit in Athens.
(view more here)

A visitor walks past a costume on display during an exhibition by artist Nikos Floros in Athens October 8, 2007.
Opera Sculptured costumes exhibition displays garments made from recyclable materials and is held on the occasion of the year dedicated to the great lyrical artist Maria Callas. REUTERS/Yiorgos Karahalis (GREECE)
Reuters – masterclass by Floros