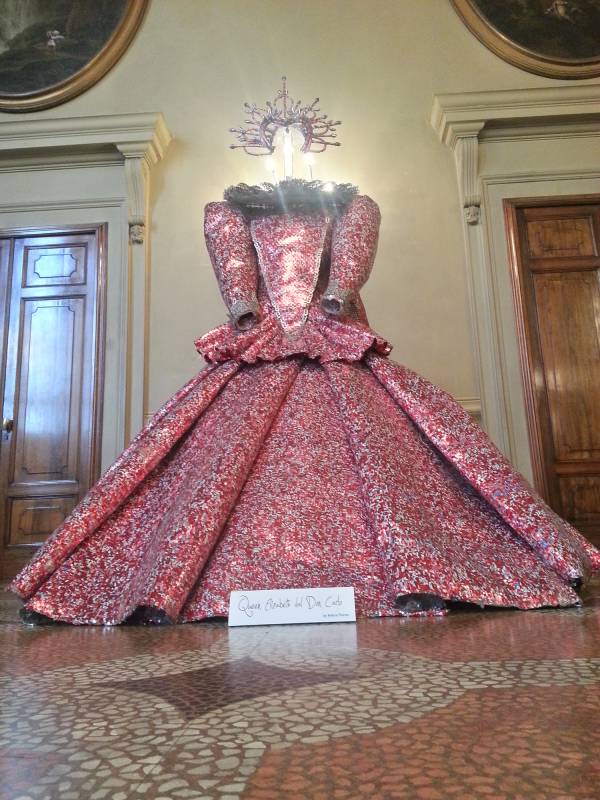 Nikos Floros for Maria Callas in Bologna by Design Context

A proper vernissage in Italy for Nikos Floros, an internationally-renowned, artist of Greek origins who works in New York, chosen by Teatro Comunale in Bologna to celebrate its 250th anniversary. From June 1 to July 2 at the Teatro Comunale and the Grand Hotel Majestic Già Baglioni” which once welcomed “La Divina”, Maria Callas, in its Bolognese salons, will show 10 costumes/sculptures dedicated to Maria Callas.
Tribute to Callas is the title of the exhibition project, organized by Spherica, curated by Giuseppe Ussani d’Escobar, and based on an idea byElisabetta de Pamphilis . The exhibition brings together two of Bologna’s most important places in a fusion of music, fashion, and contemporary art. The artist started making the costume/sculptures in 2008, for the Maria Callas Foundation in Athens, using recycled material to make them, and taking about two years of work for each piece.